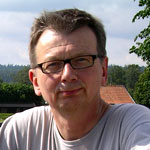 Welcome to the home page of Björn Sundell!

I am a communications specialist. For most of my working life I have been communicating messages, compiled analyses, written articles, chaired panel discussions – and written two novels. In Swedish, unfortunately, so you won´t probably gain much from reading them.

Why do some societies flourish and some decline in today´s interconnected world? What is the role of economic policy? How does the welfare society enhance economic growth in the Nordic countries? What are the advantages and disadvantages of small countries in a globalized economy? How do small countries remain flexible and creative as they become richer? And how can minorities and majorities cooperate within a society to the advantage of all parties? How do we solve conflicts of interest? These are some of the issues that interest me.

From April 2009 to June 2015 I was Head of Research for Magma in Helsinki, a think tank focusing on language, minority and migration issues.

From 1999 to 2009 I worked as journalist and Business Editor of Hufvudstadsbladet, the largest daily issued in Swedish in Finland. My editorials mainly concerned economic and foreign affairs.

From 1996 to 1998 I was in charge of external and internal communications as Communications Manager at the Nordic Investment Bank, a multilateral bank in northern Europe.

From 1992 to 1996 I worked as a TV-reporter dealing with business affairs at the Finnish Broadcasting Company (YLE – TV-nytt).

From 1988 to 1992 I was in charge of external communications and investor relations at Wärtsilä, an international engineering company quoted on the Helsinki Stock Exchange, and its subsidiary Abloy Security.

From 1983 to 1988 I worked as Research Adviser at EVA, the Finnish Business and Policy Forum, a think tank in Helsinki.

I have a Master´s Degree in Business Administration from Hanken Business School in Helsinki.

If you need help with translations, publications or texts on Finland – or if you want to understand the Finnish society and especially its economic affairs, don´t hesitate to contact me!